The “sharing” of genetic material among living organisms is known to be a natural event. This phenomenon is known to be very evident among bacteria; hence they are called “nature’s own genetic engineer”. Such phenomenon is the inspiration of scientists in this endeavor.

According to a study published in the Graduate School of Arts and Sciences at Harvard University, one major problem regarding the rise of GM organisms is that they can cause a reduction in the biodiversity (the difference in the traits of organisms) of plants and animals in the environment. This means that the DNA among the individuals in an environment will be more similar, against the principles of diversity and evolution.

Indeed, genetic engineering will always have two opposite sides. While the possibilities of what science can create are endless and the harmful effects are also present. At present, it is important to know the Genetic Engineering pros and cons, the real risks and benefits that lie in how genome science is used.

Before discussing Genetic Engineering pros and cons in detail, let have a look at what Genetic engineering is?

Genetic engineering is the process of manually adding new DNA to an organism. The goal is to add one or more new traits that are not already found in that organism. Examples of genetically engineered (transgenic) organisms currently on the market include plants with resistance to some insects, plants that can tolerate herbicides, and crops with modified oil content. Genetic engineering is used by scientists to enhance or modify the characteristics of an individual organism. 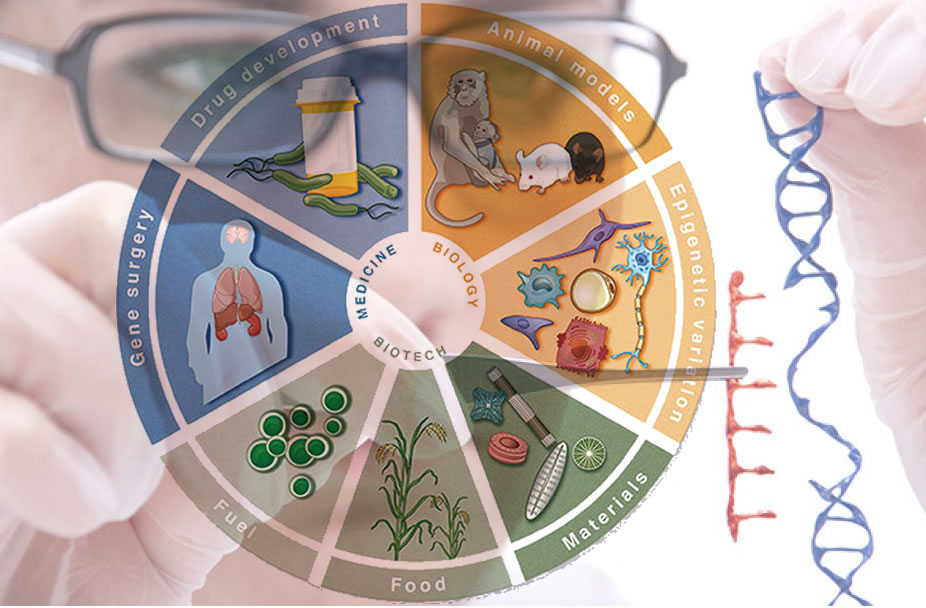 Genetic engineering is as much benefit in human life as we think. It has many advantages:

There are several types of potential health effects that could arise from the insertion of a novel gene into an organism. Critics disagree with the methods of genetic engineering because of:

Human genetic engineering is but one aspect of the overall field of Human Biotechnology. It is a fascinating aspect of Human Biotechnology with the power to improve everyone’s quality of life, healing all of our genetic diseases permanently. It carries the promise of enabling humanity to survive a wider range of environments on alien worlds ensuring our long-term survival. Human genetic engineering is coming. Science is about to solve some of the worst problems that can happen to people: cystic fibrosis, sickle cell anemia, Alzheimer’s and the many other devastating results that can come out of the random genetic lottery that is the reproduction.

Genetically modified foods, GM foods or genetically engineered foods, are foods produced from organisms that have had changes introduced into their DNA using the methods of genetic engineering as opposed to traditional crossbreeding. There are genetically engineered versions of tomatoes, poplars (for paper production) wheat and rice, but none are grown in the United States. The National Center for Food and Agricultural Policy estimates that 85 percent of U.S. corn is genetically modified.